Rising majestically above the surrounding eastern Wyoming countryside, it’s no wonder that Devil’s Tower was crowned as the first National Monument by Teddie Roosevelt back in 1906. The concentration of incredible and unique lines up this table-top tower is something rivaled only by by the Agro Crag on Guts (remember that?). Native American legend has it that the tower was formed when a group of angry bears chased a group of children onto a rock, which was then lifted toward the heavens by the Great Spirit in response to their prayers to be saved. The bears left claw marks all around in their failed efforts to scale the tower. If only those bears still were around today, perhaps we could bait them into creating more world-class crack climbing by sacrificing a few more children. 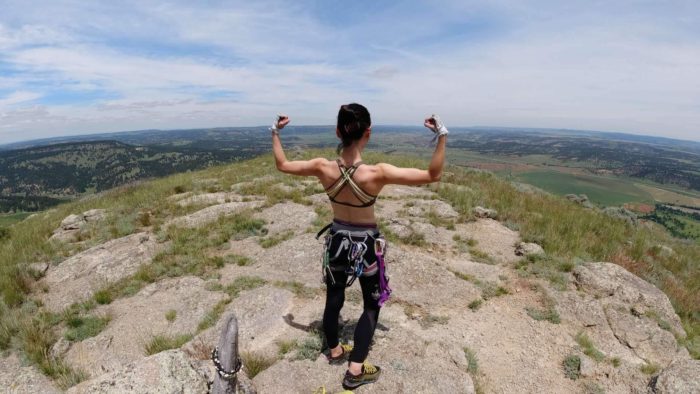 Due to the length of some of the pitches, it’s recommended to check the main crack size and bring doubles or triples (or more!). There’s more variety in crack width than at Indian Creek, but you’ll still be happy to not run out of the right size when your calves are starting to get shaky.

It is recommended to carry a tag line or climb with doubles, as most of the routes require two ropes to get down.

If you’re climbing the Durrance Route during the summer it is highly recommended to get a sunrise start. Maybe we were unlucky, but we were at the base of the climb at 5:30 and ended up being 8th in line. If this grade is comfortable for you, you might want to start at 4pm when the route goes into the shade. The pitches are short and should go down fast. 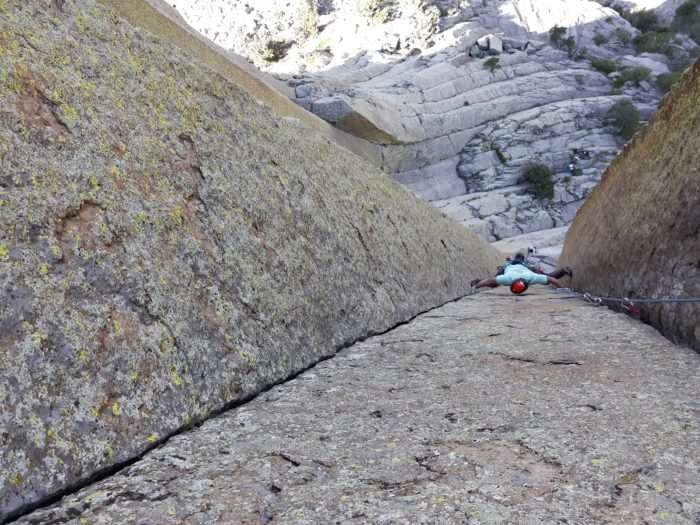 Spring through Fall is all good here. However, climbing is unofficially closed during the month of June out of respect for the Native Americans, so please avoid climbing during this month. Also, the first week of August is the annual Sturgis motorcycle rally, so unless you like to climb to the thundering din of bikes and be gawked at by dudes in leather, best to head elsewhere around this time.

Summer can be hot with the sun but it’s manageable by climbing early in the day and by chasing the shade around the tower. For example climbing El Matador in the morning and then following it up with Oneway Sunset will keep you in the shade until you’re ready to rap.

There are a number of campgrounds pretty close to the park entrance, including Belle Fourche River, Devil’s Tower KOA, and Devil’s Tower Tipi. There are also some low-key options for free camping if you’re willing to drive a bit away from the park (see map).

All in all, the best option is Devil’s Tower Lodge. Frank, the owner, offers tent camping and van sleeping for $10 a night which comes with a bathroom, hot showers, and wifi.

There are spigots at the visitor center for your big five gallon jugs. The water tastes great too.

Head north from the park exit to Hulett for the nearest food options. Otherwise, stock up on food and just cook over the campfire for the time you’re here.

Any of the campgrounds mentioned will have showers. Again, Frank’s Devil’s Tower Lodge is in my opinion the best option.

There’s not much here other than climbing, but it’s always fun to watch the prairie dogs, or go on one of the few hikes around the tower.