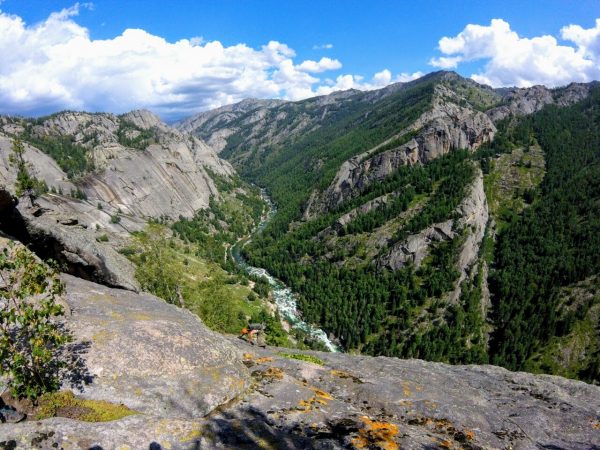 Keketuohai National Park is also known as “China’s little Yosemite”. The resemblance extends only as far as the quality and type of rock (granite). Beyond that, KKTH is a remote, wild place that remains largely undeveloped and untrampled. You won’t be racing anyone to the base of the climbs here, and you’ll be lucky if you see other climbers. Some day this will surely change given the beauty of this place and its location in the world’s most populous nation, so plan your trip here now! 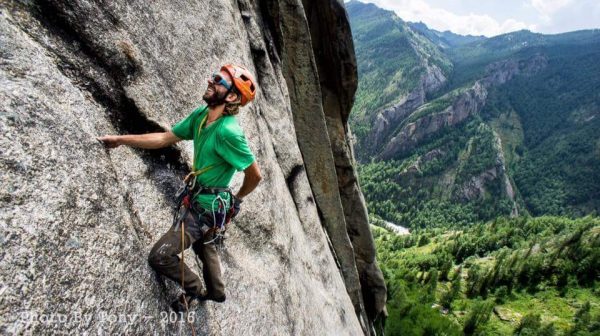 Of all the climbing areas I visited in China, KKTH was probably logistically the most difficult. If you’re thinking of visiting, you’ll want to have at least a good two to three weeks to spend, as it’s quite a process to get here and get settled to climb. The first step is to take a flight to Urumqi, the capital of Xinjiang Province. From there you can take a bus north for nine hours to the town of Fuyun. One more two hour van ride gets you to KKTH town.

You’ll need at least a few days in KKTH town to straighten out registration issues. First, you need to register with Public Security Bureau (PSB), then you’ll make your way to the actual national park (which is doable by hitchhiking) to speak with some management about your climbing intentions.

If you are lucky, you’ll sign some stuff, pay some money, and be allowed to camp inside the park for your duration of stay. It took us about a week of back and forth to get everything sorted, but in the end they let us set up our tents inside the park, which meant climbing was open to us 24/7. Having a person fluent in mandarin in your group would be extremely helpful, as very few people speak English here.

If you are up to the challenge, you’ll be rewarded with some of the best granite China, or anywhere really, has to offer. On top of that, you’ll be nestled in the Northwest corner of China, just some twenty miles from Mongolia, with most likely not another climbing group within thousands of miles.

There is also a chance you’ll be turned away despite all your best efforts, so be prepared for this possibility.

This guidebook is what we used and it got us up and down most of the routes there.

There is still quite a lot of potential for new routes in Keketuohai. 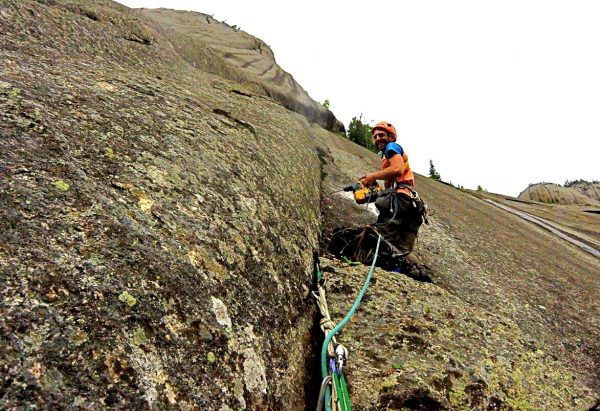 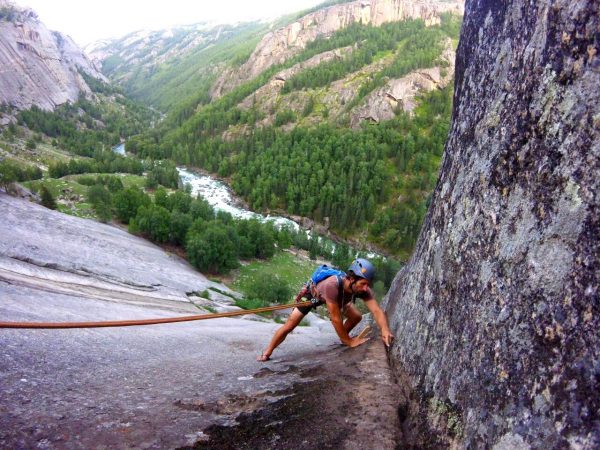 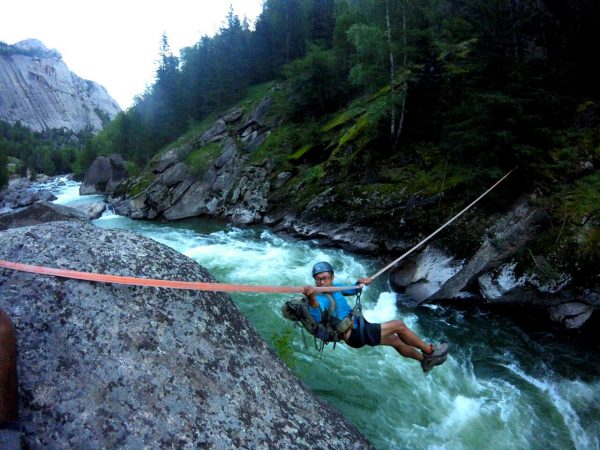 We were there during July and August and while it was hot during the day, the ice cold river that runs through the park did a great job of cooling us down. Also, by nightfall, it would drop to about hoody temps making it very comfortable to sleep.

Prime weather for climbing might be late spring to early fall. During fall, the temps will start to drop quickly and soon everything will be covered in snow.

There is not a lot of level ground in the park. The steep valley rises sharply from the river. I’m pretty sure we found the only feasible camping area. It is located just up river of the Small Bell. We did some excavating with a metal spatula to create some level campsites. Conveniently though, there are bathrooms just by the road, a two minute walk from camp. GPS coordinates of the campsite are listed on the map above.

Most of us drank from the river without treating and it seemed fine. I would probably bring a ton of iodine pills next time, just in case. 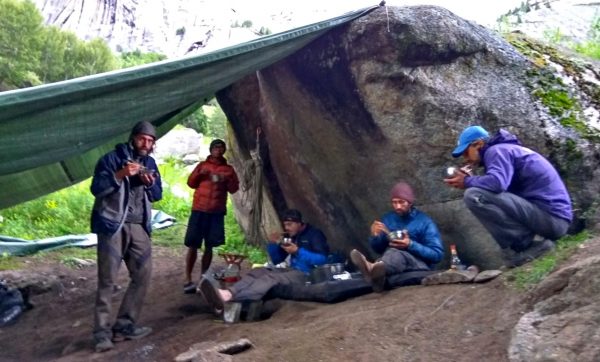 Every four days or so, two or three out of the nine of us would take our big packs and hitchhike back into KKTH town to restock our food. First things first though, we would grab a nice meal in town. Locky and my favorite meal was Shouzhuafan, basically like a rice pilaf cooked with lamb meat. It’s extremely flavorful and absolutely delicious. Really though, all the food in that region was amazing and quite different from the other parts of China I visited.

After lunch, we would go to the grocery store and stock up on the basics like eggs, rice, noodles, naan, and tons of vegetables. We had no refrigeration so meat was out of the question. After two months living in KKTH, I had lost about 15 pounds, which in addition to climbing every day, actually quite improved my climbing level. 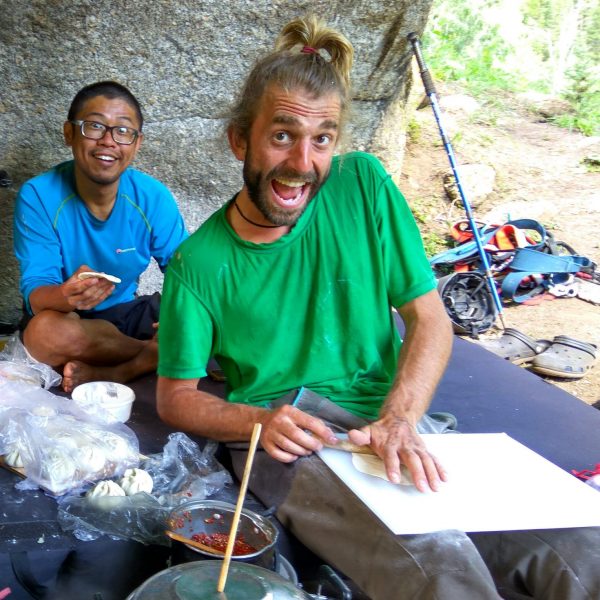 The mice at camp are relentless. One of the first things you should do is buy a plastic bin with a lid. You can find many in KKTH town. For some inexplicable reason, we didn’t buy one for about 6 weeks. We kept trying to hang our food in Ikea bags, but we could not outwit them. 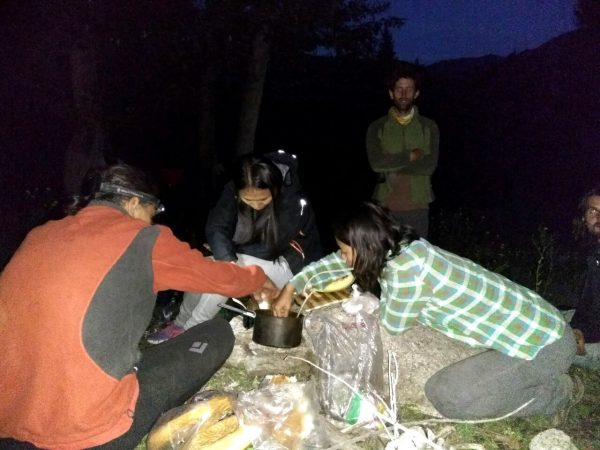 We took turns getting sick all summer. I remember one morning Locky, Raul, and I were waiting on Nico to catch a shuttle to the park entrance. Nico finally starts running from camp to meet us when all of a sudden, his smile turns upside down. He does a 180 and beelines it to the toilet yelling “sorry, I just shit myself!” We missed the shuttle, had to catch the next one.

The three possibilities on why were getting sick were the water, the food, or the mice in and around the food.

We bathed in the river (which is also where we did laundry). In town, you can catch a shower at the hostel (GPS listed on map). This hostel might not be open or even if it is, might not allow foreigners by the time you get there, so be prepared.

Rest days were spent swimming in the river trying not to drown (the current is very swift), making a trip to town, or jugging lines we fixed to get some good shots of friends climbing.