Idaho’s best kept secret. I’d never heard of this place, but after rumors about a thousand foot granite face with hard sustained climbing, I had to check it out. I did come for the climbing, but I stayed for the beauty, and the fishing. 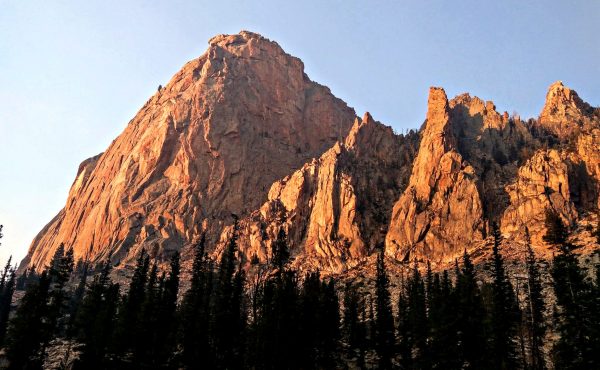 You want to arrive to Redfish Lake, which is a few miles south of Stanley, ID. Make sure you prepare all your food and gear either in Stanley, or ahead of time, as there no options once you arrive at Redfish lake. We got there in the evening so slept in our vehicles at the backpackers parking lot (see map) and then headed in the next morning. You have two options for the approach, which really is only one option. Take a fast ferry for $16 round trip or hike an extra ten miles roundtrip, with all your overnight gear.

After getting off the boat, you’ll do two miles of flat hiking and then one mile of steep hiking. All in all, not too bad. The climber’s trail turnoff after the two miles of flat hiking is pinned on the map above with GPS coordinates listed if you would like to load it on your phone ahead of time. The last mile follows a well defined climber’s trail to a beautiful lake.

July-September. I hear mosquitos can be pretty bad early season. We were there during the first week of September, 2017, and the climbing temps were perfect (high 70s during the day, 45-50 at night) with zero mosquitos. Your miles may vary.

So after that brutal last mile, you’ll finally arrive at a beautiful alpine lake with the Perch nested in the back. There are plenty of existing bivy sites to choose from. The chipmunks are relentless and broke into the food despite our mediocre efforts. Bring some cord and tie up your food up high.

Plenty of water in the lakes, just be sure to bring treatment.

Make sure you stock up in town before you set off on your adventure unless you are very proficient with a fishing rod, as there are tons of rainbow trout in the lakes. On a whim, right before I left on my road trip, I packed a collapsible rod along with my climbing gear. Even though I had no idea had to fish, I decide to bring it with me to the Elephant’s Perch. 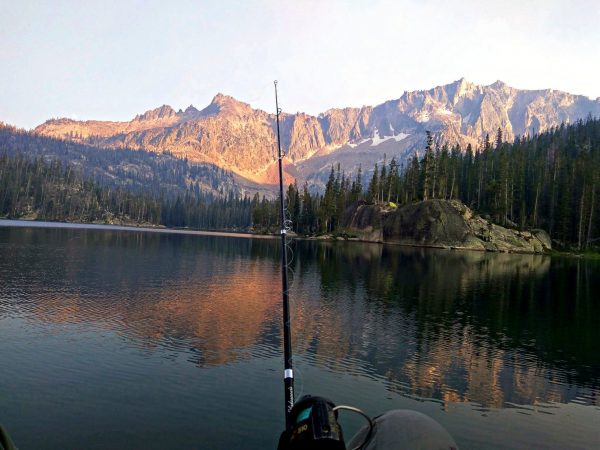 After some older crushers (one of which was Mike Ward of Las Vegas) gave me a rundown of the basics of fishing, I was hooked. It was so cool to come back from a day of climbing and try to catch my dinner. The first one was really hard to kill, he was gasping for, I guess water, and I even decided to put him back where he came from. But the hook went through his eye ball so I reluctantly took his head off with a rock. 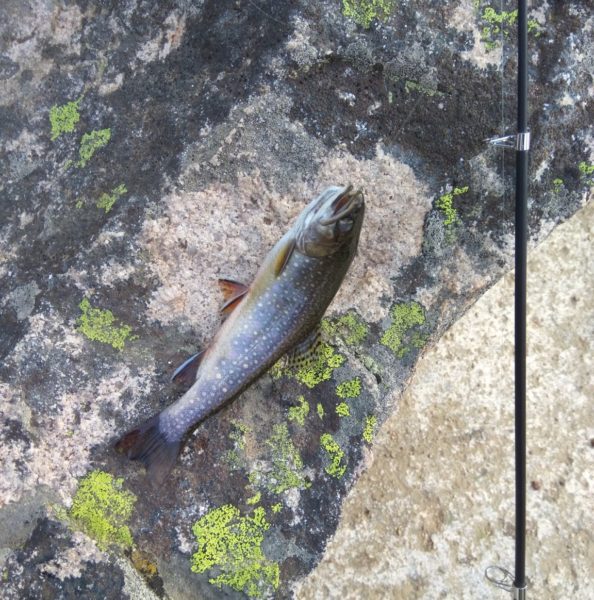 I coated him in bread crumbs and fried him in olive oil in my jet boil. He was very tasty. For some reason though, my coffee tasted fishy for the next few days.

Conveniently, as you come out of the back country, you can shower right at Redfish Lake with coin operated showers.

After coming out of the Perch, I headed straight to Lover’s Leap in California, but you would not regret spending a nice relaxing day on the beach at Redfish Lake, though with the crowds, it will not be quite as serene as your past few days in the back country.