After quitting my job in April 2016, I bought a one way ticket to China to rock climb. The three areas I enjoyed most in China was the sport climbing in Yangshuo, the sandstone cracks of Liming, and the adventure trad of Keketuohai. I came back in April 2017, spent three months trying to build a bed in my van, and eventually left for Colorado in July.

Here is a map of my eventual 9 month trip. 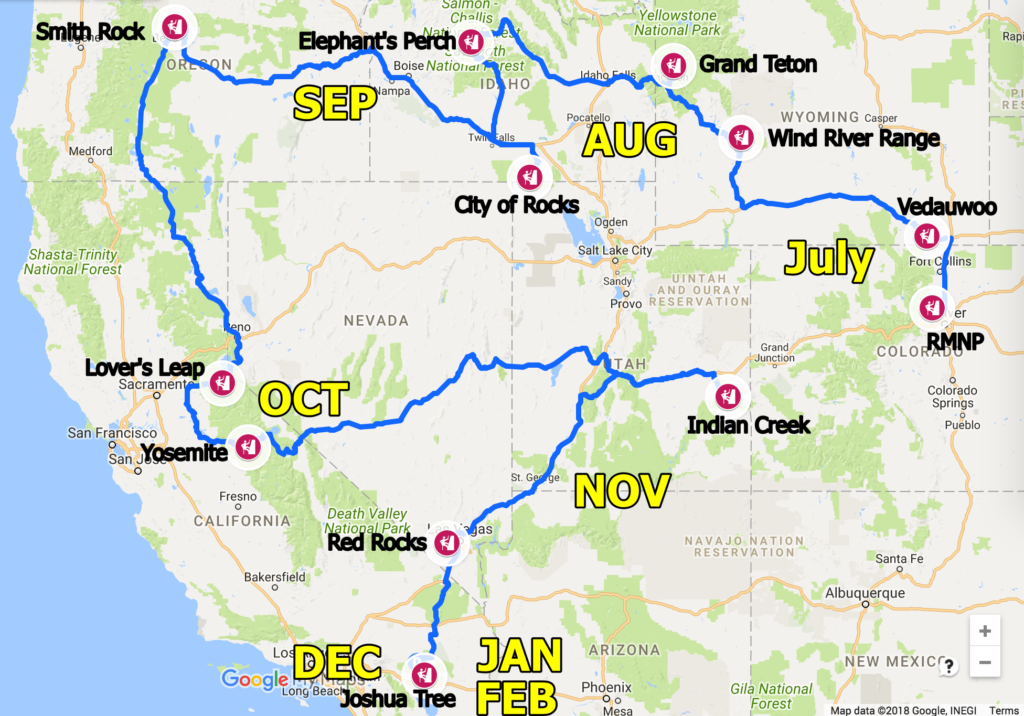 It’s not a 100% accurate, I forgot to include Zion and actually spent most of January in Yosemite and Bishop, but you get the idea.