The TLDR from my other post about monthly expenses was that I spent about $800 per month for nine months on the road.

So let’s say you want to take half a year off and go on a climbing road trip. It will cost you about 5k assuming nothing catastrophic happens and you’re moderately frugal with your money.

But what about the initial costs of buying a van and then converting it into something to live out of?

In 2016 I bought a 2006 Ford E-150 cargo van with 135k miles for $3,500. I was definitely worried at the time that there would be problems with it, but ended up never having one mechanical issue whatsoever. I probably got pretty lucky, or maybe these vans are just really tough. Either way, I can imagine having car troubles really putting a damper on a climbing road trip.

Due to my inexperience, I didn’t poke around the van as much as I should have when buying it. Later, I learned you should literally poke the van, which I eventually did a lot of. 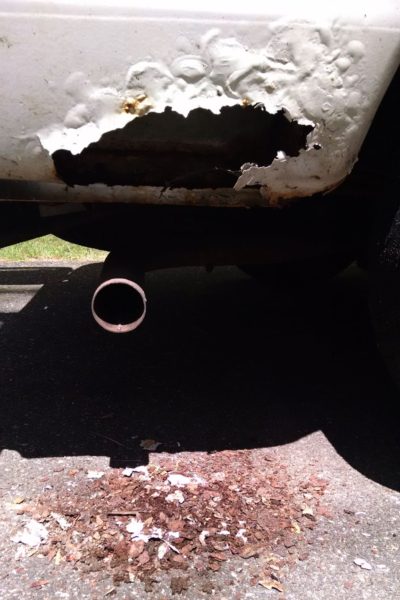 Luckily, all that rust was cosmetic and very common on these vans in the northeast. I ended up cutting it all out with an angle grinder, treating the area with POR15 (a rust converter), and then patching it with fiberglass Bondo.

Making money with the van

So actually right after buying the van, I left it at my parents’ house for a year and went on a climbing trip in China. I came back in April 2017 and set my road trip start date to be three months later in July. I gave myself two months to make $10,000, and then one month to build the van. I figured if I could make 10k to help pay off some gas and food, I’d feel less guilty than having to dip into my savings.

Tyler suggested I use the van to help people. I made an ad on Craigslist and waited for the calls to come in. 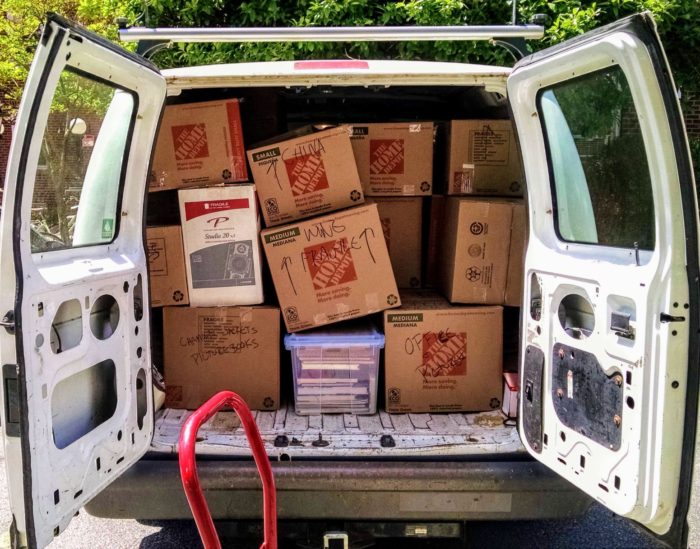 Since I knew I wanted to get into shape for big approaches and long days in the mountains, I treated each moving job as a workout. Moving heavy stuff up stairs ended up being a perfect high intensity interval workout. I would hustle up the five flights of stairs with the heavy box, then slowly jog back down to get the heart rate down. My average job was about 3.5 hours and by the end, my t-shirt would be soaked through. This amount of effort confused my customers more than anything else, they kept pleading with me to slow down and to take it easy. Maybe they felt guilty, I’m not sure, but it certainly correlated highly with the tip at the end of the job, as well as word of mouth referrals.

Soon, I was getting more calls than I could handle. I ended up turning down many jobs because I refused to work on the weekends and instead went climbing, which does not make the most business sense for a moving company being that most moves happen on weekends.

Anyways, over the course of two months, I worked only when I wanted to, for a total of 127 hours, which coincidentally is how long that guy got stuck with his arm in the boulder. I made not quite 10k, only $8,412 which comes out to $66/hour.

It felt good knowing the van already paid itself off, and I basically got paid to workout for two months. And the money I made from the workouts could go directly into building out the van. 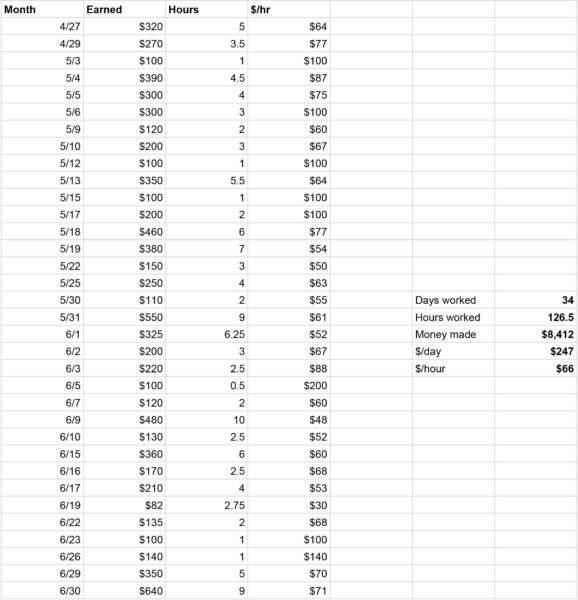 Basically, buying a $3,500 van means you really have no choice but to go simple on the build. Who in their right mind is going to sink $10,000+ into a van that might not make it back from California? I ended up spending almost exactly $1,000 on my conversion, which included insulating the van, building a bed, and a kitchen area.

My van had no solar, fan, or electrical system. It was basically a very waterproof, slightly more comfortable tent that I didn’t have to set up every night and take apart every day. And honestly, even by the end of the trip, I wouldn’t have changed a thing. 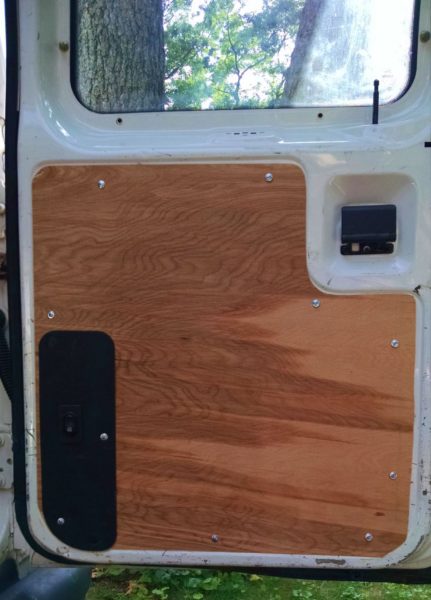 Things I would change

I actually sold the van recently (for $5,000) since at the moment I’m back in China and my dad told me to get it out of his driveway. It really seriously was tough for me to part with it for two reasons. First was obviously that I loved this thing that I built from scratch and lived in for almost a year. But second was that there really is not much that I would change when I build the next one. In the end, the determining factor was the thought that it might be nice to find another one with better MPG (this one got 17ish), and at the same time a little bit smaller to make city/daily driving easier.

But other than that, if you’re using the van for a climbing road trip, in my opinion, you really don’t need all the fancy solar, fans, fridges, sinks, etc. In fact, I’d go as far as saying that you really don’t even need a van that you can stand up in. The vast majority of the time is going to be spent at the crag or in the mountains, and you’ll only be back for dinner, which 99% of the time I cooked outside, on picnic tables, by the campfire. For better or for worse, it rains very very little out west. Rain days were a great excuse for rest days anyways, which were spent in Starbucks (which by far had the fastest and most reliable wifi of all the fast food joints, fyi). 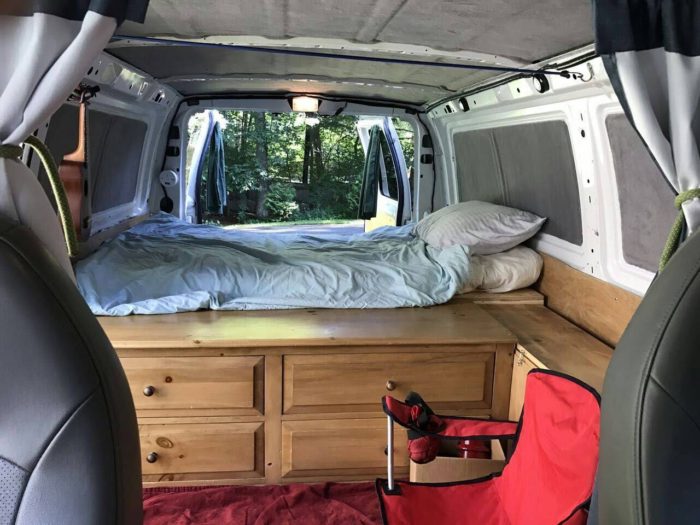 PPS: We’re currently selling some awesome belay glasses ($14.99) and rope bags ($16.99) on our website. They are both great deal, and if you end up buying one and like it, please consider leaving us a review on Amazon, it would help us tremendously!