As I began the gradually steepening incline at the entrance sign at the foot of Doi Suthep, the mountain making up Chiang Mai’s majestic western flank, I thought to myself “Only 11km? This’ll take a half hour, tops.” My hubris was quickly reigned in as the lactic acid filled my quads on the first of an endless series of uphill turns and ramps. 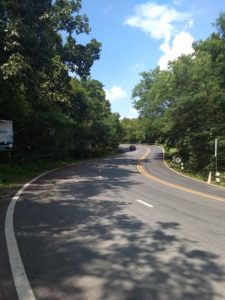 My first time visiting Chiang Mai, I rented a motorbike and rode up the mountain, which is a worthwhile outing in its own right, but doesn’t give a feeling of triumph like cycling up does. Not wanting to attempt such a feat on the single speed city bikes on offer all over town, I found a shop called NKI Bicycle Rentals just south of the moat with good reviews on Google. The owner, Nai, is friendly, speaks good English, and has good brands of road bikes for rent with quite good prices. He even throws in tools, a tube, and a pump in case you run into troubles on the road.

Once the initial shock of transitioning from flat city to continuous uphill subsides, you eventually find your pace on this endless climb. For me, that pace was in the lowest gear, going just fast enough not to fall over. The climb is never that steep, but it also never offers a moment’s respite. There are a number of convenient places to pull over to take a break, with increasingly better views of the city the higher you go, but the thought of starting uphill again after stopping is enough to keep the legs moving in spite of their complaints. 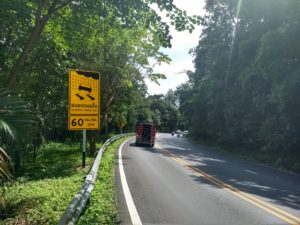 The last kilometer of 11 on the way to Wat Phra That Doi Suthep is the steepest, with a couple of hairpin turns that force you to stand up and pedal. When you slowly roll into the village below the temple, you’ll be greeted by a number of shops selling food, drinks, and clothes on your left. The temple itself is definitely worth a look if you’re into that sort of thing (30 baht/person). 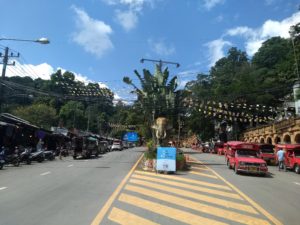 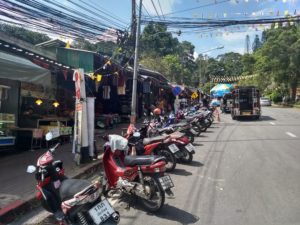 From Wat Phra That, it’s tempting to give up and head back down, especially if you’ve stopped to take a break and re-hydrate. But don’t give up yet! The next 4 km up to Bhubing palace are even better than the first 11, with more beautiful views and about 10% of the traffic of the first section (most folks just want to get their selfies at Wat Phra That). Again, the last kilometer is the most painful, making you earn it before you can finally stop pedaling until you’re back in town. 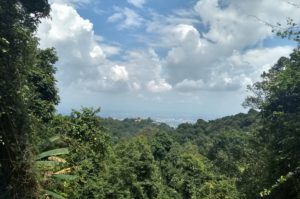 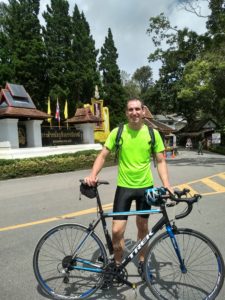 From Bhubing Palace, the ride down is an absolute delight, and makes all of the pain and sweat of the ride up totally worth it. The first 4 km from Bhubing to Wat Phra That Doi Suthep are the best, with few cars and steep, curving descents. You lose elevation so fast that you can feel your ears pop every few minutes. Make sure your brakes are in good working order!

The ride up Doi Suthep should be at the top of the to-do list for anyone who enjoys road cycling and comes to Chiang Mai. And when you’re done, there are two things that are consistently cheap and incredible everywhere in Thailand:

One of them is the food.